In a letter to Robert Hooke in 1676, Isaac Newton wrote "If I have seen further it is by standing on ye sholders of Giants." Newton, just like the scientists of today, relied on the work of scientists and mathematicians who came before him.

Below you will find a list of books on scientists before and including Newton. I've also thrown in a couple of important mathematicians. Titles are roughly arranged in chronological order. 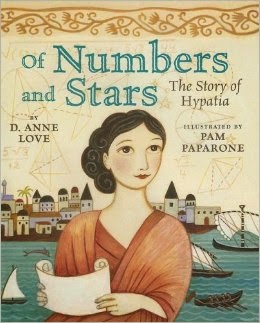 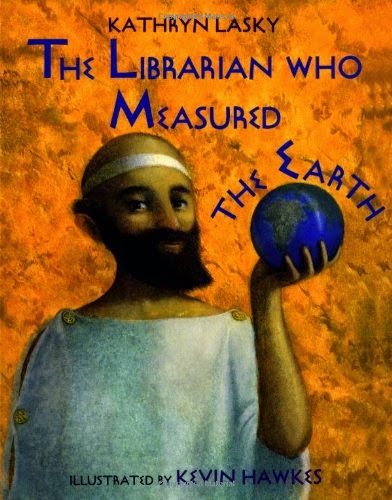 The Life and Times of Aristotle (2006), written by Jim Whiting - This biography from the Biography from Ancient Civilizations series provides a compelling look at Aristotle and his influence across history in a wide range of subjects. Though Aristotle was a philosopher, he was for many centuries considered the world's greatest scientist. Whiting explores Aristotle's contributions to science, as well as history and politics. Back matter includes a chronology, selected works, timeline in history, chapter notes, glossary, and further reading ideas.

The Librarian Who Measured the Earth (1994), written by Kathryn Lansky and illustrated by Kevin Hawkes - This biography of the Greek philosopher and scientist Eratosthenes, who compiled the first geography book and accurately measured the globe's circumference, tells the story of his life from his birth over two thousand years ago in northern Africa (modern Libya) to his work as the chief librarian at the great library of Alexandria in ancient Egypt.

Of Numbers and Stars: The Story of Hypatia (2006), written by D. Anne Love and illustrated by Pamela Paparone - The daughter of Theon, a mathematician, philosopher, and the last director of the Library at Alexandria, Hypatia was educated in the ways of many young men of her time and was one of the first women to study math, science, and philosophy. This book provides a nice overview of the time and place in which Hypatia lived. The artwork evokes both Egyptian and Greek styles and nicely incorporates images that reflect the subjects Hypatia studied. This is a carefully crafted picture book biography on a woman that little is known of. Despite this, her story is one that will inspire. Included are an author's note and bibliography, as well as some additional notes about mathematics.

Blockhead: The Life of Fibonacci (2009), written by Joseph D'Agnese and illustrated by John O'Brien - Medieval Italian mathematician Leonardo Fibonacci is introduced in this first person biography. In traveling with this father, Fibonacci learned geometry in Greece, fractions from the Egyptians, and Hindu-Arabic numerals in India. Largely responsible for converting Europe from Roman numerals to Hindu-Arabic numerals, he also realized that many things in nature followed a certain pattern, today known as the Fibonacci sequence.
Leonardo: Beautiful Dreamer (2012), written and illustrated by Robert Byrd - In this gorgeously illustrated picture book biography, Byrd provides a wealth of information about da Vinci's life and work. In addition to the traditional narrative, da Vinci's own words, anecdotes, and journal excerpts are found in sidebars and small panel illustrations. Byrd clearly and concisely explains da Vinci's theories in a way all readers can understand.

Leonardo da Vinci: Giants of Science (2008), written by Kathleen Krull and illustrated by Boris Kulikov - An extensive biography for older students (middle grades and up), this engaging work in the Giants of Science series focuses on the life of da Vinci while exploring his study the natural world, including aerodynamics, anatomy, astronomy, botany, geology, paleontology, and zoology. Special attention is given to da Vinci's notebooks and their meaning.

Leonardo da Vinci for Kids: His Life and Ideas: 21 Activities (1998), written by Janis Herbert - This biography of da Vinci is interspersed with activities readers can try on their own, including observing nature, painting birds, growing an herb garden, making minestrone soup, building a kite, and more. Includes extensive reproductions of da Vinci's sketches and paintings. Includes a list of related Web sites.

Neo Leo: The Ageless Ideas of Leonardo da Vinci (2009), written and illustrated by Gene Barretta - This biography for younger students focuses on the ideas and inventions found in the more than 20,000 pages of da Vinci's notes. Readers learn how many inventions that came centuries after da Vinci's time were actually imagined and described in his notes. 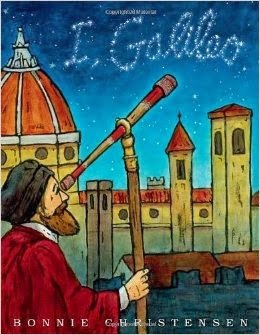 Galileo For Kids: His Life and Ideas: 21 Activities (2005), written by Richard Panchyk - This biography of Galileo is interspersed with activities readers can try on their own, including letter writing, observing the moon, playing with gravity and motion, making a pendulum, painting with light and shadow, and more. Back matter includes glossaries of key terms, people, and places in Italy, helpful web sites, and a list of planetariums and space museums.

Galileo's Telescope (2009), written by Gerry Bailey and Karen Foster and illustrated by Leighton Noyes - Every Saturday morning, Digby Platt and his sister Hannah visit Knicknack Market to check out the interesting and unique “antiques” for sale. In finding a telescope, the children learn about the life of mathematician, physicist and astronomer Galileo Galilei. Back matter includes a glossary.

I, Galileo (2012), written and illustrated by Bonnie Christensen - This first person biography opens with Galileo imprisoned and remembering his life from childhood onward, highlighting his education and scientific discoveries. In the Afterword, Christensen explains that it took nearly 400 years for the Catholic Church to admit they were wrong to condemn Galileo. Back matter includes a glossary, chronology, and descriptions of his experiments, inventions, improvements, and astronomic discoveries.

Starry Messenger: Galileo Galilei (2000), written and illustrated by Peter Sis - In this Caldecott honor book, gorgeous illustrations take center stage in telling the story of Galileo. Sis creates for readers images of the things Galileo saw in his observations of space, including sunspots, planets revolving around Jupiter, valleys and chasms on the moon, and more. Though not a detailed treatment of his life, the text is enhanced by notes and quotes from Galileo's own writings, scrawled throughout the pages. 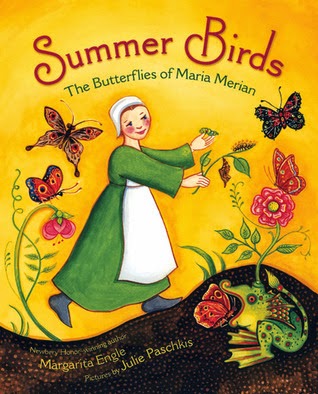 Summer Birds: The Butterflies of Maria Merian (2010), written by Margarita Engle and illustrated by Julie Paschkis. Maria Merian was an artist and scientist who studied plants and animals in their natural habitat and then captured them in her art. This book is based on the true story of how Merian secretly observed the life cycle of summer birds (a medieval name for butterflies) and documented it in her paintings. Focusing on her young life, this book shows readers how curiosity at a young age can lead to a lifelong pursuit.

Isaac Newton: Giants of Science (2008), written by Kathleen Krull and illustrated by Boris Kulikov - An extensive biography for older students (middle grades and up), this engaging work in the Giants of Science series focuses on the life of Newton, a boy who was incredibly curious. Though he lived a solitary life, he attended Cambridge, worked for an apothecary, served in Parliament, and so much more. Despite his successes in the fields of math and science, Newton was also "secretive, vindictive, withdrawn, obsessive, and, oh, yes, brilliant."

Isaac Newton and Physics for Kids: His Life and Ideas with 21 Activities (2009), written by Kerrie Logan Hollihan - This biography of Newton is interspersed with activities readers can try on their own, including making a waste book, building a water wheel, making ink, creating a 17th century plague mask, tracking the phases of the moon, testing Newton’s Three Laws of Motion, and more. Back matter includes a list of useful books and web sites.


That's it for this list. Coming up next is a list of biographies for scientists from the 18th and 19th centuries.
Posted by Tricia at 7:34 AM