Number sense is the ability to use numbers and understand their specific values. Whether a student is counting by 1's or estimating a value, they are using number sense. Recognizing benchmark numbers, such as 10 and 50, is also considered number sense. Students begin to learn number sense at a very early age. Students learning number sense typically are in kindergarten to second grade.
Books: 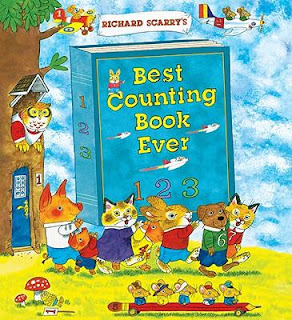 Best Counting Book Ever by Richard Scarry. Illus. by the author. 2010. 44p. Sterling, (9781402772177). Gr K-2.
Willy Bunny practices counting when his dad tells him to count everything he sees. Willy begins by counting one bunny, two eggs, and make his way up to 100! Children will love counting with Willy by reading this fun-filled book. 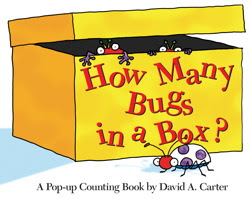 How Many Bugs in a Box? by David Carter. Illus. by the author. 2006. 20p. Little Simon, (9781416908043). Gr K-2.
Children will love counting bugs while reading this book. Each box has a different number of bugs inside waiting to pop out. This book practices counting from 1-10 and is a great introduction to number sense. 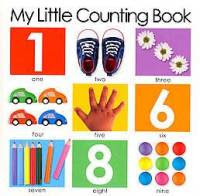 My Little Counting Book by Roger Priddy. Illus. by the author. 2005. 28p. Priddy Books, (9781843322504). Gr K.
Young children will learn the basics about counting by reading this beginner book. Basic concepts, such as counting fingers, toes, and eyes are described in this book. Pictures represent numbers and their quantities by showing ten cars, and writing "11 eleven". 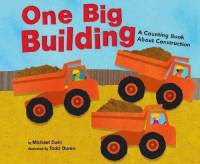 One Big Building: A Counting Book About Construction. by Michael Dahl. Illus. Todd Ouren. 2006. 24p. Picture Window Books, (9781404811201). Gr K-2.
Practice your counting by following the construction of a building! Starting with one plan and ending with twelve stories, readers can apply numbers to everyday life. Included is an activity page where children can find hidden numbers. 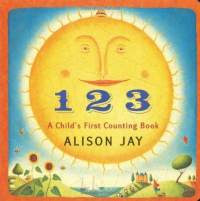 1, 2, 3: A Child's First Counting Book. by Allison Jay. Illus. by the author. 2007. 40p. Dutton Juvenile, (9780525478362). Gr K-1.
This book explores numbers when a little girl wakes up and in a fairytale world. She counts two dancing feet, three hungry bears, and counts up to ten. This book is simple and reinforces number sense for early counters.

Watch a car race and put the cars in the order they finished. This game helps young children practice ordinal numbers and placement.

Help Curious George count the chickens in the chicken pen. Click on the number of chickens you think there are, and then count them with the man in the yellow hat to double check your answer.

The Counting Game practices counting by 1's and skip counting. Choose a number (1-9) to count by, and click on each number in the pattern. (Eg: 9, 18, 27, 36...). The higher the number, the more points you earn.
Counting On - Provides counting activities for teachers

This website provides a variety of counting games for teachers to use in their classrooms. For instance, teachers can give students a handful of beans to count, and students can then practice writing the numbers on a number line.
How Tall? - Counting and estimating number of objects

Help Curious George count how many objects equal the height of another object. This game may be challenging for students because it requires estimation as well as counting skills. If a student gets a question incorrect, the man in the yellow hat explains why this answer is wrong.
For Teachers:

VA Standards of Learning
K.2: The student, given a set containing 15 or fewer concrete objects, will:
a) tell how many are in the set by counting the number of objects orally;
b) write the numeral to tell how many are in the set; and
c) select the corresponding numeral from a given set of numerals
Background Information from Curriculum Framework
Posted by Elizabeth Jansen at 10:31 AM