Shadows are around us everyday, but how often do we stop to think about them? Here are some resources to help students think more about the shadows they see. 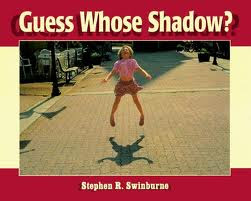 I like this book because it not only teaches how shadows
are formed, but shows the reader photos of shadows, having them guess the object which has formed it.

This book is a sweet story about two friends, Rabbit and Woodchuck, who argue over whether or not it is possible to lose a shadow. I like this book because it is one that younger students will enjoy listening to, while at the same time, be introduced to the topic of shadows. 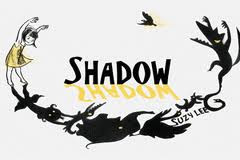 This book is by far my favorite of the five. It is full of imaginiative illustrations, that will appeal to the curiosity of children. Its a great book to show students how interesting shadows can be, and that any object can help to make a shadow. 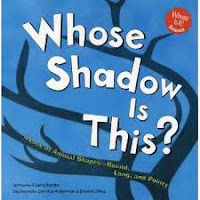 I chose this wordless book because it can be viewed by Pre-K or Kindergarten students on their own, using the colorful photographs to show where we can find shadows.

Although this book teaches more about animals than it does shadows, its a great way for students to see how shadows can give us clues about nature.


WEB SITES
Science Kids: Sun, Light, and Shadows
This game asks students to manipulate the position of the sun, artificial light, and various objects to create different shadows. I like the graphics and found the instructions to be direct and easy to understand.

CBBC: Deadly 60, Shadows
Although this game is based off of the BBC television show Deadly 60, students don't need to be familiar with this British show to play the game. The game starts with an explanation of how shadows are formed, and then plays audio directions to the game, along with the written directions. This would be a good game for my students who can't yet read. Students must click on the cobra snakes to take their picture, before the sunlight casts a shadow on them. This game will be of interest to nature lovers and also

PBS Kids: Sid the Sciene Kid, Shadow Show
I like this game because it is different from the previous two. Instead of moving light sources, students must look at a shadow and recreate the image by putting shapes together. Even though Sid the Kid is more popular with younger children, I think that this is activity is appropriate for a variety of ages.