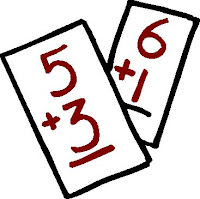 Addition is a basic operation of computation and the first to be introduced to children. To progress and understand more complex mathematical computations such as subtraction, multiplication, and division, one must master addition. While students begin adding whole numbers, they eventually will be required to add fractions, decimals, both negative and positive integers, and a variety of more complex equations as they progress in school and life. Addition is comprised of the commutative and associative properties. Understanding addition entails recognizing the addition symbol (+), terms of addition, and properties. Adding a zero does not change the sum in addition and repeated addition of 1 is the same as counting. It is important for students to learn how to add accurately, but also to be able to estimate the sums of numbers for practical use. When looking at the VA Standards of Learning for grades K-5, addition appears in each. 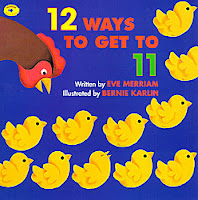 A Fair Bear Share By Stuart J. Murphy. Illus. by John Speirs. 1997. 4op. HarperCollins, (9780064467148). Gr. k-2. Mama Bear has agreed to make the cubs their favorite blueberry pie if the cubs collect enough nuts, seeds, and berries. The cubs go about filling their baskets with these ingredients and count and sort them into groups of 10 as they go. The cubs must regroup their ingredients to see if they have enough for one pie. This also reveals whether each cub did their fair share of collecting or not.

is the 100th visitor. The Chess Club members spread out at all entrances to count as visitors come in and radio to one another, as one person records each visitor. In order to add these figures quickly, they must regroup the numbers to add them more efficiently.

Pizza Counting By Christina Dobson. Illus. by Matthew Holmes. 2003. 31p. Charlesbridge, (9780881063394). Gr. 3-5. This book uses decorating pizzas to teach addition and fractions. Each page decorates a pizza in a different way, requiring a different amount of ingredients which must be added together. The addition problems relevant to pizza making get more and more challenging as the book continues. Pizza Counting also includes history and language facts along the way. 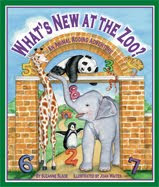 What's New at the Zoo? An Animal Adding Adventure By Suzanne Slade. Illus. by John Waites. 2009. 32p. Sylvan Del Publishing, (9781934359938). Gr. prek-3. In this book, the reader meets baby and adult animals inside a zoo and are encouraged to add them up. The book incorporates rhyming and fun facts about animals.

12 Ways to Get to 11
This is a site was created by a first grade teacher who was using the book "12 Ways to Get to 11" to teach her class addition. She assigned the students to think of their own ways to get to 11 and had the students illustrate them. She has posted their illustrations on the site along with additional suggestions of activities that coincide nicely with the book and lessons on addition.

Addition Games
Here you will find a variety of interactive math activities and games for grades 1-3. Addition is one of the many areas of mathematics and computatin that the site focuses on. The website categorize the games by number sense, math facts, fractions & decimals, and various math subjects which includes money, probability, and symmetry. Teachers can use this in the classroom as part of a lesson or suggest this to parents to use as a teaching and reinforcement tool at home.

Addition Worksheets
This is an excellent resource for acquiring reproducable worksheets when teaching addition. The site includes a wide variety of math worksheets and has a plethera when it come to addition. Worksheets found here will cover one-digit addition to nine-digit addition. Every area is covered from basic to advanced involving money, telling time, column addition, addition facts, adding fractions, and much more. These worksheets come in many forms such as games (i.e. - bingo), word problems, graphs, and many more. The worksheets, depending on the level indended for, often includes a theme that can be of interest to the target student.

Visit this website for a lengthy library of addition and subtraction tunes for teaching. The songs are catachy and include a descriptive title, lyrics, and audio. Songs include topics of teaching addition, teaching subtraction, money concepts, place value, and solving word problems. Make teaching and learning fun with music.

A kindergarten teacher archives her "Little Giraffes"class over the year. She shares what they have done from math to literacy with pictures and descriptions of lessons and activities. Under the math section, she shares the classes experience with learning addition and the activities they enjoyed to help develop their skills. This gives other teachers great ideas to use and build on for their own classrooms.

Posted by Kelly Sprouse at 6:12 PM