Volcanoes and Tectonic Plate Movement:
What is up with the Earth?

I. Introduction
In this post you will find websites, books, assessment guides, foldable resources and lesson plans for teaching fifth grade students about volcanoes. This post explores the background of what makes volcanoes, such as layers of the earth's crust, what and where are the tectonic plates, how they move, how the movement impacts volcanoes, how lava is made, where lava is made, different types of volcanoes, where volcanoes are found, and how volcanoes affect the Earth.

A. Virginia Standards of Learning


5.7 The student will investigate and understand how Earth’s surface is constantly changing. Key concepts include
d) the basic structure of Earth’s interior;
e) changes in Earth’s crust due to plate tectonics.

B. Curriculum Framework Background Information
To teach these ideas, we begin with the basic layers of the earth's crust and how they affect volcanoes, we then move on to what are tectonic plates, what do they do and how do they impact volcanoes, then we go to what is a volcano made of and why do some have lava and some don't, then we describe the different kinds of volcanoes and where they are, then we go to the locations of volcanoes and how these are directly a result of tectonic plate movement. Finally, we discuss where volcanoes are going, where new eruptions may be and why.

1) Convection currents-a circular current caused by the difference in temperatures from the bottom to the top of the mantle. It is because of these currents that the plates of the Earth have moved in the past and are moving today. These plate movements cause earthquakes, mountain building, and volcanism.

2) Eruption-When magma and gas from under a volcano reaches the Earth's surface.

3) Fault-Cracks or fractures in the earth's crust.


Types of movement at faults


4) Geologist-Scientist who studies the Earth.

5) Lava-What magma is called when it flows on the earth's surface, can be a liquid or cooled to solid rock.

6) Layers of the Earth

10) Pangaea-Super continent 250 million years ago. The seven continents were all connected together into one huge land mass.

11) Pyroclastic flow-pyroclastic flow is a fluidized mixture of solid to semi-solid fragments and hot, expanding gases that flows down the sides of a volcano. These awesome features are heavier-than-air emulsions that move much like a snow avalanche, except that they are fiercely hot, contain toxic gases, and move at phenomenal, hurricane-force speeds. They are the most deadly of all volcanic phenomena.

14) Tectonic plate-Areas where the earth’s crust has combined with the fluid upper part of the mantle that have formed 12 huge plates that are moving at a very slow pace across the surface of the earth.

15) Trenches-Form at subduction zones. They are the deepest part of the oceans and the lowest points on the crust of the Earth.

16) Volcano-mountains that emit hot gases and melted rock from deep within the earth. Types of volcanoes include:

II. Instructional Plan
Below is a set of 10 lesson plans to use for exploring the world of plate tectonics and volcanoes. They include activities, handouts and foldables. The lessons are sequential for ease of use.

Day 2-Pangaea to the Present
This lesson takes students on a historical carpet ride through millions of years of plate movement. Utilizing the concept of the lithosphere, it introduces the concept of continental drift and what may happen in the future with the continents. It also contains a hands-on activity to have the students make the movement of the continents themselves.


Day 3-How and why do tectonic plates move?
Students take the historical lesson of day 2 and see how it works today as the tectonic plates are continuing to move around the earth. Students will learn about the engine that drives plate movement, convection currents in the mantle, and will see the results of different types of plates colliding with, moving away from and sliding next to each other. Also included with this lesson is a Earth map foldable which opens to show where the tectonic plates are on the Earth.


Day 4-How to enjoy plate tectonics as a snack food.
Students use snack foods to create a model of plate tectonics. Using icing as the hard mantle layer(asthenosphere), students move thinner oceanic plates of fruit roll-ups into harder continental plates of graham crackers. Students explore all of the boundaries that exist in the Earth and have a snack in the process.

Day 5-How are volcanoes created?
This lesson gives the historic background of the word "volcano" and where some of the oldest volcanoes in the world are. It also details the three ways a volcano can form, how geologists can predict eruptions and discussion questions for the unit. When you are finished with this review, test the students’ knowledge with a baseball game where students move around the bases if they know the answers to the volcano questions.


Day 6-Volcano Experiment Day
At the midway point of this unit, a few experiments will break up the teaching. Below, I have included two experiments that teachers can use to demonstrate the concepts used in the lessons from the previous days. Students will be creating two volcanoes, an erupting volcano and a lava dome volcano.

Objectives
Students will be able to:


Day 7-Understanding lava flows-Cake Batter Experiment
This lesson takes the concept of lava that students learned about in lesson 4 and demonstrates how lava works. Students form data tables to catalog the differing measurements of lava flow based on content and angle.


Day 8-Volcano Vocabulary
This lesson goes through a diagram of a volcano, outlining each key part. It also gives real pictures of volcanoes with these attributes. Students will build a volcano model on tagboard.


Day 9-Lava flows and Pyroclasts
Presentation demonstrating lava flows and what come out of volcanic eruptions into the air. Lesson is a reemphasis on the prior lessons of what comprises a volcano and volcano vocabulary. However, this lesson is focused on what is left after the lava flow or pyroclast explosion.

Day 10-Volcanologist Emergency Day
This is a great wrap-up to your volcano unit. This lesson has the students being volcanologists during a world volcano crisis. A large Indonesian volcano has just had the worst eruption ever recorded and three other critical volcanoes in the world, Mt. Pinatubo, Mt. Rainier, and Mt. Vesuvius have also re-erupted. Their task from the President is to go to four erupting volcanoes around the world to report back on their findings.

Objectives
Students will be recognize the following ideas:


III. Foldable Resources
A. Foldable with map of Earth that opens to Tectonic Plate map of Earth. Also contains plate tectonic facts on either side of tectonic map. See Lesson 3.
B. Set of definitions and answers for Volcano baseball fact game. See Lesson 4. 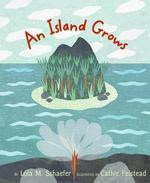 An Island Grows. By Lola M. Schaefer. Illus. by Cathie Felstead. 2006. 31p. Greenwillow Books, (978-0-06-623931-6). Gr. 3-5.
Beautifully illustrated book vividly describing an island being created from a volcano. Simplistic poetry style with an informational section at the end of the book.

Jump into Science: Volcano! By Ellen J. Prager. Illus. by Nancy Woodman. 2001. 31p. National Geographic Society, (978-1-4263-0091-2). Gr. 4-6.
How do volcanoes erupt? What is lava and what happens when it cools? Where are the world's biggest volcanoes? Just stay cool—and let Volcano Vulcan, Dragon Explorer, take you around the hot-spots! 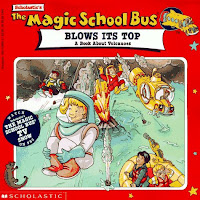 agic School Bus Blows its Top: A Book About Volcanoes! By Gail Herman. Illus. by Bob Ostrom. 1989. 40p. Scholastic Press, (978-0590407601). Gr. 2-5.
Cole and Degen have struck at the core once again to produce an exciting, attractive, and informative science book for young readers. This time, it's to the center of the earth. Surprises abound through each strata down to the very inner core where it is hot, hot, hot. The class collects rock samples before the bus is expelled from the earth's core in a volcanic eruption. A tongue-in-cheek section at the end discusses the real and fantasy aspects of the book.

Volcano!: The 1980 Mount St. Helens Eruption. (Extreme Disasters That Changed America). By Gail B. Riley. 2006. 32p. Bearport Publishing Co., Inc., (978-1597160728). Gr. 4-6.
Story and pictures of Mount St. Helens prior to the eruption, during the eruption and what was left after the eruption. Extended discussion of the aftermath of the explosion.

Volcanoes! By Anne Schreiber. 2008. 32p. National Geographic Children's Books,(978-1426302855). Gr. 3-5.
The cool story of volcanoes will intrigue kids and adults alike. Anne Schreiber’s narrative gives readers a little of the science, a little of the history, and a lot of the action. National Geographic photography fires the imagination on dramatic spreads alive with vivid images of lava, ash, molten rock, weird rocks, and steaming seawater.

Volcanoes: Witness to Disaster. By Judith B. Fradin and Dennis B. Fradin. 2007. 48p. National Geographic Society, (978-0-7922-5376-1). Gr. 5-7.
Informational text on different witness accounts of volcanoes, eye-opening photos and drawing of volcanic explosions in the past, and the damage caused by volcanoes.

Will it Blow?: Become a Volcano Detective at Mount St. Helens. By Elizabeth Rusch. Illus. by K.E. Lewis. 2007. 47p. Sasquatch Books, (978-1570615092). Gr. 5-7.
Outstanding book for kids where students use a series of clues to solve the mystery of whether Mount St. Helens will erupt again. It is illustrated in an eye-catching way for students and includes experiments to do with every clue. Students will love becoming a volcano adventurer.

Superior website related to book on plate tectonics. Site has amazing pictures and explanations of Pangaea, movement of the plates in the past and how the plates are still moving today. Details the key parts of earth's movement today, such as the ring of fire, the mid-atlantic ridge, hot spots and subduction zones.

The Magic School Bus: Blows its Top Books and Games.
This site is a fun romp through the inner workings of a volcano as described in the book noted above, "The Magic School Bus Blows its Top: A Book About Volcanoes!" Students get to navigate the magma from the magma chamber under a volcano to help the volcano blow its top. In following the path, the site discusses the layers of the earth. Once you have conquered the volcano, the site gives the history of volcanoes and other volcano factoids.

Volcano Explorer. Site from Discovery Kids that has students build a volcano and erupt a volcano. The type of volcano they create is based upon the viscosity and gas settings they input for the magma.

Can We Predict Volcano Eruptions? Website from Annenberg Media detailing how scientists predict when a volcano may erupt.

National Geographic-Volcanoes. Site with vivid videos and pictures of volcanoes in eruption and the aftermath. The before and after eruption photos of Mount St. Helens are worth viewing alone. Easy to navigate for kids and is definietly an attention-grabber!

Assessment for how a volcano is created and volcano vocabulary. Good test of concepts taught in lessons 4, 5 and 7. This is the answer key.

Students do cross-section drawing of snackfood experiment. Assessment for Day 4 experiment with plate tectonics and snackfood.

Posted by Meg Rutkowski at 9:23 AM