In teaching children about habitats, I thought it was equally important to inform them of threats to certain habitats. The below books and websites not only give students an understanding of the various habitats of the world but also show them how they can get involved in protecting threatened habitats. I focused a lot on coral reefs because they're so fascinating and beautiful that I could see students getting really into learning about them and how to protect them. In addition to habitats, I touched on fossils. I had a hard time finding online and literary resources on Virginia fossils but I did find a book and a website that would both be good introductions for talking about the marine fossils of Virginia and the state fossil as well.

Books on Habitats and Fossils 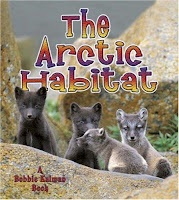 A part of the Introducing Habits series, this book focuses on the living species of the arctic. While all the books in this series are great for introducing habitats to elementary students, the arctic habitat seemed to be the one that was focused on the least in many of the books I explored. It's extremely fascinating to learn about the living things that live in this habitat purely because of the climate. This book's simple text and imagery paint an informative picture of life in the arctic, especially in the sections about staying warm, finding food, and getting energy. After students have learned about various other habitats and animals and their predators, they'll be especially interested to learn about how the animals in the arctic have to deal with the added threat of a subzero climate.

Full of colorful images, this is a great book for introducing students to the wonders of coral reefs. Each page provides a kid-friendly paragraph about reefs alongside the beautiful photographs of both the reefs and the sea life living within them. The book is extremely thorough in detailing coral reefs as living habitats for millions of species and includes a lot of fun facts about these species and coral reefs in general. Many of the pictures also have accompanying diagrams and notes to help children better understand what they're looking at. The last four chapters of the book shift the focus to the importance of reefs, their fragility, and how we can protect them. Because coral reefs are so threatened today, it's extremely important for children to not only understand how they work but why they're important and need to be protected. This book does a great job of providing all of that to the young reader. 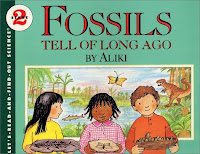 This is a great book to use as a simple introduction to the formation of fossils. It covers the formation of animal, plant, and insect fossils but also explains how sap can become amber and peat can become coal. Children will love the story of the discovery of the fish-within-a-fish fossil and they will gain a clear understanding that fossils are not just dinosaur bones. The book is the perfect way of introducing Virginia fossils to a class, since they are mostly marine fossils. Reading this first will help them understand how many types of fossils there are and how fossils from one location or climate can end up somewhere where they might not seem to belong. 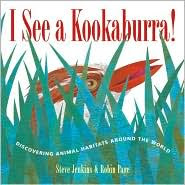 This 'I Spy'-type book gives children a chance to explore six various animal habitats such as the Amazon rainforest, the African plains, and the forests of Australia to search for animals within them. The readers are then given full pictures and names of the animals as well as a brief sentence about each. The book also includes important facts about each of the six habitats and a map of them all. It's a fun way for children to envision various ecosystems and a wonderful visual for helping students see the types of animals that occupy them. It's also good for helping children understand that habitats of the same name don't always contain the same type of animals. For example, the forests of Virginia and the forests of Australia are two different habitats and don't contain the exact same species. Once students have studied Virginia forests as a habitat, this would be a great book to introduce them to the various habitats of the world. 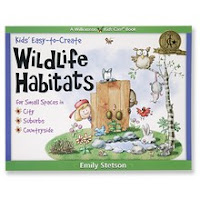 This hands-on book encourages children to explore the habitats in their own backyards, be it an urban or rural setting. It's great for giving children some local perspective about habitats after learning about exotic places like the Amazon rainforest and the grasslands of Africa. The book gives children some common animals who probably live near their home and even suggests activities for exploring local habitats and supporting the wildlife within them (including a feast for butterflies and bees!). The activities within the book are excellent for encouraging children to explore the habitats near their home and learn how to interact with them.

BBC School Science Clips: Habitats
This is a game that allows children to explore both woodland and pond habitats and find the living things within them. Players are then asked to identify them and given information on each such as where it lives, what it eats, and who its predators are. (The print option on each information page is a wonderful option for students who want to collect that information.) In the next section, players take the animals that they found in each and create a food chain for either the woodland or pond habitat. It culminates with a quiz at the end which features listening buttons for players having a hard time figuring out the pronunciation of certain things (such as caterpillar). All in all, it's a fun game that touches on a few various parts of the lesson on habitats and would be a great review for students.

Discovery Education: Animals Around Us


This lesson plan from Discovery Education uses a video called Animals Around Us to help students understand the features of various habitats and their inhabitants. After viewing the video and discussing the habitats shown in it, students draw pictures of a habitat they would like to visit and present them to class. Then the class goes on a nature walk to explore the habitat surrounding their school and discusses what they find. The lesson is a good way of introducing students to the major habitats of the world and then having them identify which type the animals around them live within.

National Geographic Kids: Creature Feature
This is an easy-to-navigate site focusing on animals of certain habitats. Children can pick a habitat from the left navigation and see what types of animals live within it. Then they can click on an animal within the habitat and learn information about it. These "creature features" contain a ton of different info on each animal-- from photos to video to maps. They even offer children a chance to send an e-card to a friend and print out a collector's card for themselves. The website is fun and educational and I can see children spending a long time exploring the animals of each habitat, watching videos about them, and printing collector cards of their favorites.

Reef Relief: Teacher's Guide
The Reef Relief Environmental Center provides a huge amount of teaching materials about threats to coral reefs and solutions to protecting them. In addition to handouts, brochures, and fact sheets that target various age levels, there are excellent interactive lesson plans that include building an edible coral polyp. The thorough lessons do a great job of introducing students to coral reefs as habitats for millions of sea creatures and showing how they are threatened in today's world.

Sheppard Software: Fossil Activities and Games
This site gives children an in depth background on fossils. The Fossil Movie introduces children to the four different types of fossils (trace fossils, mold fossils, resin fossils, body fossils) and even explains how each are formed. The structure of this site is great for kids and there are a handful of other videos as well as interactive games.

The student will investigate and understand that living things are part of a system. Key concepts include
a) living organisms are interdependent with their living and nonliving surroundings;
b) an animal’s habitat includes adequate food, water, shelter or cover, and space;
c) habitats change over time due to many influences; and
d) fossils provide information about living systems that were on Earth years ago.
Posted by Lauren Grant at 10:17 AM