We have nine eight planets in our Solar System. These planets circle around the sun also called orbits. A lot of astronomy people like to think of the Solar System as having been made up of two parts. We have the Inner Solar System which has Mercury, Venus, Earth and Mars. These are closest to the sun and are called the terrestrial planets simply because the have very solid rocky surfaces. The Outer Solar System has Jupiter, Saturn, Uranus, and Neptune. Out past Neptune is Pluto which was a planet for many many years but has been unclassified as a planet now. These two systems are separated by the asteroid belt. 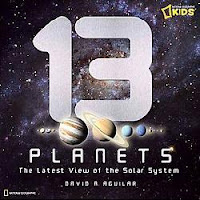 First, Pluto left. Then it came back, along with Ceres and Eris...and now Haumea and MakeMake, too! The recent actions of the International Astronomical Union have put every solar system book out of date. In response, National Geographic joins forces with David Aguilar of the Harvard Smithsonian Astronomical Observatory to revise our 2008 book—and to update young readers on the high-interest topic of space. Using simple text and spectacular photorealistic computer art by the author, this book profiles all 13 planets in their newly created categories—plus the sun, the Oort Cloud, comets, and other worlds being discovered. Back-of-the-book activities offer hands-on fun for budding astronomers.

Soar into the Solar System to witness the first Favorite Planet Competition, emceed by none other than the former-ninth planet, now known as dwarf planet Pluto. The readers become the judges after the sun can t pick a favorite and the meteors leave for a shower. Who will the lucky winning planet be? Could it be speedy-messenger Mercury, light-on-his-feet Saturn, or smoking-hot Venus? Readers learn all about each planet as Pluto announces them with short, tongue-in-cheek facts. Children of all ages will spend hours searching the art for all the references to famous scientists and people of history, space technology, constellations, art, and classic literature. 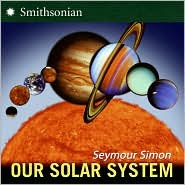 Born almost 5 billion years ago at the edge of the Milky Way galaxy, our Solar System is a place filled with mystery and wonder. In the last fifty years, we have learned more than ever about the farthest reaches of our world. With dramatic full-color photographs and spacecraft images, Our Solar System takes young readers on a fascinating tour of the sun, the eight planets, and their moons, plus asteroids, comets, and meteoroids. Award-winning science writer Seymour Simon has teamed up with the Smithsonian Institution on

this new, updated edition of his much admired book about the vast and mystifying part of the universe that we live in.

800 degrees...a day that is longer than the year...a 25,000 mile-wide storm...so light the entire planet would float...1,000 mile per hour winds...these are just a few of the cool facts young explorers will learn as the solar system unfolds before their eyes. The Planets 101 will amaze young and old with unbelievable photos and facts, presented in a unique, patent pending, panoramic fold format that provides a panoramic view of the entire solar system. The Planets 101 is designed for families to share: Young children will enjoy counting the planets, stunning photos and panoramic unfolding of the solar system. Older children and adults will enjoy interesting facts, the best photos from NASA and scale representations of the solar system, all presented in a unique format. Of course, there is also a special place for a photo of every young explorer! 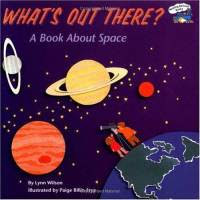 Oldie but Goodie! What is the sun made of? What causes night and day? Why does the moon change shape? Colorful collage illustrations and an easy-to-understand text bring planets, stars, comets, and the wondrous things out there in space right down to earth in a simple introduction to the solar system for young armchair astronauts. Full color.

A very, very simple straight to the point resource for kids. It lists all eight planets and each one is linked to a page of easy to read facts.

Ready to be schooled in solar system coolness? In this BrainPOP movie, Tim and Moby take you back to the birth of our home in space and give you a virtual tour of our galactic neighborhood! You’ll find out how long ago the solar system took its first baby steps, as well as the process by which the sun and planets actually formed. Find out about the two different categories of planet in our solar system, and meet each of the individual planets--plus other solar system bodies like dwarf planets and asteroids! It’s a whole system of fun!

Games, facts, stories, pictures all in one place! A wonderful website for kids to explore our Solar System. Easy to use. Links for teachers to take tid bits from!

The Eight Planets Just for Kids.

This website is suitable for the younger audience (upper elementary grades). The website is a very comprehensive information site featuring the planets of our solar system (related items included). They have created a simpler, more focused website, eliminating the more advanced concepts, emphasizing the more basic concepts, and giving it a more 'kid-friendly' look-and-feel. Teachers are welcome and encouraged to e-mail the creator with feedback regarding suitability and/or improvements to the page.

Created by a curious nine year old and his father, this website is a free Astronomy Network for kids. It has tabs for every planet and a wealth of information. Easy to use and specifically designed for the child in mind.

SOL 4.7 The student will investigate and understand the organization of the solar system. Key concepts include:

a)the planets in the solar system

b)the order of the planets in the solar system; and

c) the relative sizes of the planets

•The Earth completes one revolution around the sun every 365 days. The moon revolves around the Earth about once every month.

•Due to its axial tilt, the Earth experiences seasons during its revolution around the sun.

•The sun is an average-sized yellow star, about 110 times the diameter of the Earth. The sun is approximately 4.6 billion years old.

•Our moon is a small rocky satellite, having about one- quarter the diameter of the Earth and one-eightieth its mass. It has extremes of temperature, virtually no atmosphere, no water, and no life.

•The Earth is one of nine planets that revolve around the sun and comprise the solar system. The Earth, the third planet from the sun, is one of the four rocky inner planets. It is about 150 million kilometers from the sun. (The emphasis is placed on the Earth, rather than the other planets.)