The following selection of books and interactive online resources will add depth of understanding to your next lesson on Volcanoes! 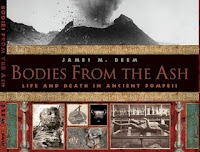 In A.D. 79, Mount Vesuvius erupted and within 24 hours, ash, pumice, and volcanic rubble had covered, and annihilated, the city of Pompeii. It was not until the 18th century that workers began to uncover the remains of this nearly forgotten, except in legend, city and its inhabitants. In this well-researched account, Deem retells the story of this devastating eruption, combining a lively text with photographs of the bones and artifacts that have been unearthed through the years. In 1863, an excavator discovered a fascinating way to study human remains. As bodies covered in hot ash and enveloped by volcanic material decayed, spaces were left around the skeletons. After the hollow areas were filled with plaster, the surrounding debris was chipped away, resulting in detailed plaster casts that preserved imprints of the people's dying moments, showing their facial expressions and body positions as well as their clothing and possessions.

Eruption! The Story of Volcanoes. By Anita Ganeri. 32 pages. DK Children. 2010. (978-0756658755). Gr. K-5.
What spits out fire and ash? What sleeps for years but may explode with a bang at any time? In this book, children learn all about volcanoes, as the mechanics of an eruption are described and illustrated with simple, step-by-step pictures.

The cool story of volcanoes will intrigue kids and adults alike. Hot melted rock from the middle of our planet forces its way up through cracks in the Earth’s crusts, exploding violently and sometimes unexpectedly in volcanic fury that can terrorize populations for months, even years. Anne Schreiber’s narrative gives readers a little of the science, a little of the history, and a lot of the action. National Geographic photography fires the imagination on dramatic spreads alive with vivid images of lava, ash, molten rock, weird rocks, and steaming seawater.

Volcanoes (Wonders of Our World). Auth. by Neil Morris. 32 pages. Crabtree Publishing Company. 1995. (978-0865058385). Gr. 1-5.
Taken from Chapter 3: Dead or Alive? When a volcano has not erupted for thousands of years, it is said to be dormant, or "sleeping. " Such volcanoes may become active again. They often give off steam or have lava bubbling in their crater. Active volcanoes may erupt at any time, and there are about 500 of these in the world. If, however, a volcano has shown no signs of activity for thousands of years, it is considered to be extinct. 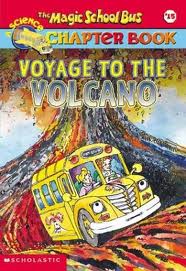 
'Voyage to the Volcano" would be a wonderful teaching tool in a science classroom. This book is full of interesting facts about volcanoes and other topics. Also, the presentation of facts submerged in a fictional story would keep the interest of a child. Included in this book are amazing fun facts about volcanoes that I must admit I did not know. Also, facts are included on Hawaii and its various islands and volcanoes. For example, did you know that Hawaii has the most active volcano on Earth? Furthermore, facts are included about surfing and the formation of black sand beaches.

The presentation of the facts are made through a class full of children lead by adventuring Ms. Frizzle. The Friz, as the students call her, enjoys quizzing the students and taking them on field trips in the amazing magic school bus. Students show a love for knowledge as they try to answer Ms. Frizzle's many questions and explore the Volcanoes National Park.

Websites
Build a Volcano
this BBC site allows students to choose the conditions for their volcano and watch a cross-section of the growth and eruptions. The type of volcano is  dependent on the variables, so each change is accompanied with volcano description and characteristics.

Label the Diagram Game - Volcano
NeoK12 has a series of matching and vocabulary games as well as some great video footage of volcanoes.

Quiz Your Noodle: Volcanoes
Students can put their knowledge of volcanoes to the test.

Volcano Explorer
Students can build their OWN volcano and watch it erupt!!!

For the Teacher
The student will investigate and understand how Earth’s surface is constantly changing. Key concepts include:
d) the basic structure of Earth’s interior;
e) changes in Earth’s crust due to plate tectonics;